​"My son Alex asked me to perform a song at his wedding. I composed "Me and You I Do" I realized that this was not just their story it was the story of many young lovers.  Love at first sight. "Only touching with our eyes"

The song that inspired the book. 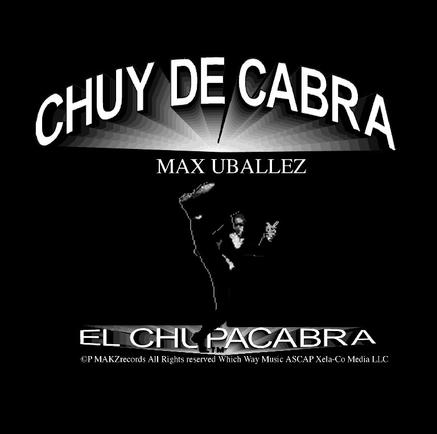 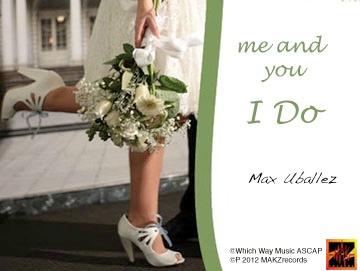 In the 1960s, Max Uballez was a rare commodity in Chicano rock and roll from Southern California;  a homegrown songwriter.  Max wrote songs for the Romancers, his own group, for Cannibal and the Headhunters (Land of 1000 Dances), The Premiers (Farmer John).  Rampart Records Eddie Davis, the leading producer of Chicano rock and roll at that time, would come to rely on Max's creativity the way Berry Gordy relied on Smokey Robinson at Motown.  Max produced and arranged Cannibal and the Headhunters famous recording of "Land of a 1000 Dances," complete with the "Na Na Na Na Na" opening. Max also recorded with Frank Zappa at Frank’s Cucamonga, California studio.  Production agreement with Sergio Mendes and Ahmet Ertegun resulted in the Latin Rock group Macondo on Atlantic Records.  Max worked with Santana / Malo Producer Fred Catero.

Max founded Xela-Co Media LLC a full service Music / Video / Marketing company in 1980.   Max was on the production team 2010 documentary "Chicano Rock!" the definitive documentary about the East LA music scene in the 1960s, 1970s, and 1980s.
But now, Max has returned to the local music scene with a song that sounds every bit as good as the material he was writing on a weekly basis in the mid-1960s.

Entitled "Me and You, I Do " -- the song was written to celebrate the marriage of Max's youngest son.  Coming in at 2 minutes and 10 seconds, which is the standard length of a 1960s pop single, the song features charming vocals, ideal for a sunny wedding day, a delightful bounce, and lyrics that serve as a musical champagne toast to the bride and groom.  A light, friendly rap gives the song a contemporary shine.  You can't listen to the song just once; the first hearing will be immediately followed by one, maybe two more.  It's the kind of song that wins over a new listener with the first notes.  "Me and You" proves definitely that Max is back!!!!!!....Tom Waldman

MAKZrecords a division of Xela-Co Media LLC . "Me and You I Do" "Chuy De Cabra" ©Max Uballez