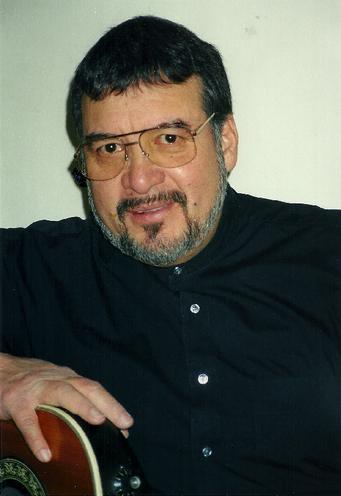 Max Uballez was the Brian Wilson of ‘60s East L.A.-a multitalented singer-songwriter-guitarist arranger, whose band The Romancers evolved from a popular live act into a crack studio team behind most anything Chicano rock maven Eddie Davis released on the Faro, Linda, and Rampart labels.  Along the way, the latter day Romancers released a brace of their own singles that included gems like “She Took My Oldsmobile” and that crazed track "Love's The Thing"

Obama Nothing Can Stop Us now
http://www.youtube.com/watch?v=zBaE9H7FC3o

Me and You I Do
http://www.youtube.com/watch?v=0ZDttfwg8VM

Produced or co-produced several iconic hits of the 60’s including Land of a 1000 Dances by Cannibal and the Headhunters.

His songs were recorded by many artists including The Premiers (famous for their hit Farmer John), Cannibal and the Headhunters and his band The Romancers.  In the 1960s, Max Uballez was a rare commodity in Chicano rock and roll in Southern California; a home grown songwriter.  Rampart Records Eddie Davis, the leading producer of Chicano rock and roll at that time, would come to rely on Max's creativity the way Berry Gordy relied on Smokey Robinson at Motown.

Max’s 1963 Del-Fi instrumental album Do the Slauson Shuffle by The Romancers is still selling today and is considered a classic example of vintage early rock & roll dance music.

Max Uballez remains active in the entertainment business and is the CEO of Xela-Co Media, LLC.