Welcome use buttons above to view other pages

It was 1962, and I decided to make a record for my Mother for Mother's Day.  I put together a band, but quickly found out that music alone wasn't enough to get a record pressed. At that time, the music industry promoters and managers were not interested in supporting a group of Chicano musicians from East L.A., so to build a buzz I began promoting our own dances. I recruited girls that watched our rehearsals to help us promote our dances, and named them the Romancerettes.

Little did we know that this alliance intended to create work for The Romancers Band would set in motion a grassroots movement of musicians in the barrios of East Los Angeles that would evolve and grow “into a network of layers that supported each other," a creative ecosystem that "included musicians, youth, social clubs, and community business owners (tailors, photographers, records stores) each contributing much needed financial support to the local economy.” Ruben Molina, CHICANO SOUL: Recordings & History of an American Culture (2007)

Our first dance and show was at the GiGi Hall in Lincoln Heights, Ca. I was 18 years old.  With your support the road ahead would lead to recording, composing and producing records and a tour with the Beatles.  Sitting here, I close my eyes and recall those early days and I am a teenager again.  While immersed in the memories of those days that we shared and the joy of my youth, I composed a love song dedicated to all of you in Lincoln Heights, East L.A. and beyond.  Thank you for attending our dances and shows and buying our records.  Max Uballez. 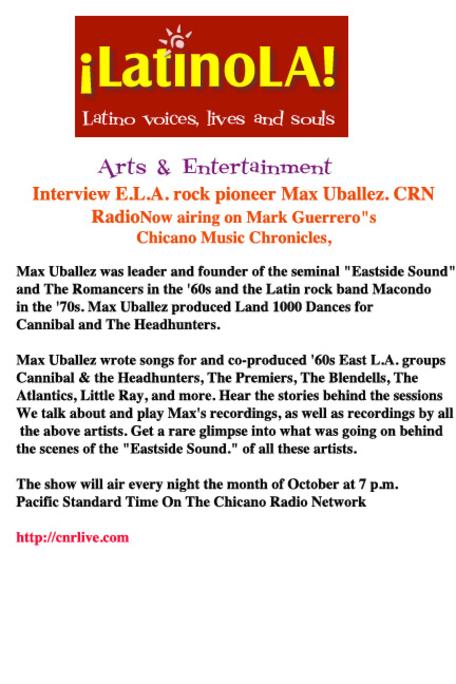 Hey Max. Having been a part of that which you speak, there is no doubt that you and the Romancers were the cradle of it all. If not for the Romancers there would probably not be the ELA Chicano Rock genre as we know it. In all sincerity, thanks for being the tip of the spear.  Mike Rincon....The Blendells....La La La La La....Reprise Records 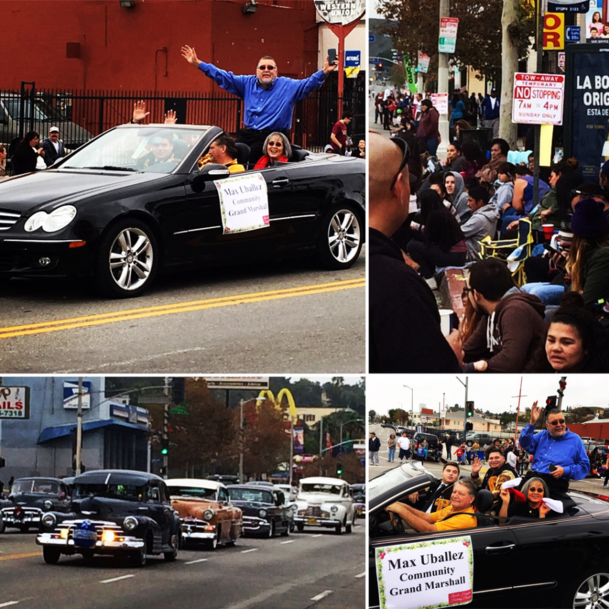